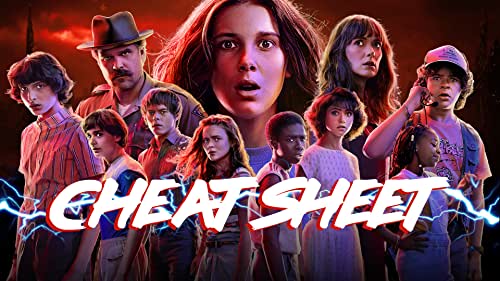 Natalia Dyer, the actress who plays Eleven in “Stranger Things,” has taken to Twitter to express her disappointment with the Season 4 finale of the show.

Dyer, who is just 17 years old, said that she “didn’t expect [the showrunners] to end on a cliffhanger” and that she hopes for a fifth season.

Aside from her role on “Stranger Things,” Dyer is also known for her work in commercials and voice work in video games.

Natalia Dyer on the

Fans of “Stranger Things” were left heartbroken on Sunday night when the show’s finale aired. The final episode saw the disappearance of Eleven, sparking a frantic search by the rest of the characters that culminated in an emotional reunion with her at the end.

Natalia Dyer, who plays Barb, spoke to Metro about her reaction to the finale and what she thought the future may hold for her character.

“I was really sad when it ended because I loved playing Barb,” Dyer said. “It was a really great experience and I’m grateful for it.”

Dyer added that she wasn’t sure what Barb’s future would be after the finale aired but hinted that she may return for another season.

Fans of “Stranger Things” will no doubt be eager to see what happens next for Barb and the other characters, given how much they’ve come to love them over the course of seasons one through four.

What did you think of the Season Finale?

The Season Finale of “Stranger Things” was an excellent conclusion to the season. I was very suspenseful the whole way through, and I thought the ending was pretty darn perfect.

One of the things I loved about this finale was that it showcased a lot of different character arcs. For example, Eleven finally came into her own as a powerful witch, and Will finally figured out his true identity. Meanwhile, Barb got her comeuppance, and Mike got some closure with his tragic past.

Overall, I thought “Stranger Things” Season Finale was an outstanding end to a great season. If you haven’t started watching yet, I highly recommend doing so!

What are your thoughts on the fate of Eleven?

It was a heart-wrenching end to Season 1 of “Stranger Things” as we watched Eleven (Millie Bobby Brown) sacrifice herself in order to save her friends. Although we didn’t see the final outcome, it’s safe to say that everyone is either dead or messed up in one way or another.

Most likely, Eleven is now with the “windows” and Demogorgon will continue terrorizing Hawkins. But, what about Barb? Is she alive? Will Hopper ever find his way back to her? And most importantly, what about our favorite characters: Mike, Dustin, and Lucas?

We’re really anxious to find out what happens next. In the meantime, we can hope that Netflix decides to renew the series for a second season.

How did the Upside Down tie into the finale?

The Upside Down was a major player in the final season of “Stranger Things.” What role did it play?

All of these events are important for several reasons. For example, Eleven’s escape from the Upside Down is a major victory for her character development. It shows that she’s not a helpless victim who can’t fight back. Her fight against the Mind Flayer also demonstrates her strong character traits. She doesn’t cave under pressure and she doesn’t give up easily. These qualities will be important in her future adventures.

Finally, the Mind Flayer’s plan to attack Hawkins, Indiana is a big threat because it could potentially destroy the town. This would be a devastating event for everyone involved and it would leave Hawkins in ruins. It would also be a huge blow for Joyce (

Will we be seeing more of Lucas in Season 5?

Natalia Dyer, who plays the character of Lucas on “Stranger Things,” spoke about what fans can expect in the season 5 finale of the show.

Lucas is known to have a big role in the Season 4 finale, where he sacrifices himself to save his friends. However, Natalia says that Lucas’ story might not be over just yet.

“There’s a lot of unanswered questions about what happened after he left and we’ll see more of him in Season 5,” Natalia said. “I don’t want to give away too much but it’s pretty exciting.”

The Season 5 finale of “Stranger Things” airs on October 27th.

Are you excited for Season 5?

If you’re like us, you’re probably wondering what the heck happened in Season 4 of “Stranger Things.” The final episode was full of surprises, from the return of Barb (and her new baby) to a shocking death. It was a lot to take in.

Luckily, we have Natalia Dyer to help us make sense of it all. Her essay for The Rumpus entitled “What Are We Gonna Do?” tackles some of the big questions left unanswered by the season finale. For instance, did Hopper really die or is he still alive? And what does Max’s return mean for Eleven and Mike?

We recommend giving Natalia’s essay a read if you want to prepare yourself for Season 5 (which premieres on Netflix on October 27th). And if you need some more “Stranger Things” hype before then, check out our top 10 reasons to watch Season 4 now!

“Stranger Things” Season 4 ended with a lot of unanswered questions. Chief among them was the fate of Eleven and Mike Wheeler. We finally got an answer to that question in the season finale, but it wasn’t what we were hoping for. Now that all the cards have been laid out on the table, Natalia Dyer and Caleb McLaughlin open up about their thoughts on Season 4 and what lies ahead for their characters in Season 5.

Although they loved every minute of filming “Stranger Things” Season 4, Dyer and McLaughlin admit that it was bittersweet knowing how things would end. They tease some juicy new plotlines for Season 5 and give us our first look at Eleven in action as she starts her own lab – complete with a new teacher (played by Cara Buono). What could this mean for her character development? Is she now more powerful than ever? And most importantly: will we finally get to see Hawkins Lab again? 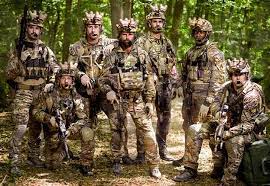 Previous post Will Netflix take Six Season 3 after dropping by the Channel? 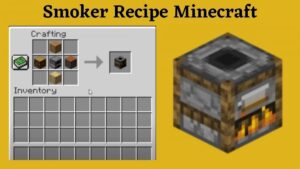